Frogs caught in Lahore were not being taken to any restaurant – Authorities confirm.

The uproar over the social media went viral, saying that a man was arrested along with 185kg of dead frogs that were being taken for sale in restaurants in Lahore.

It all started with this news paper’s headline: 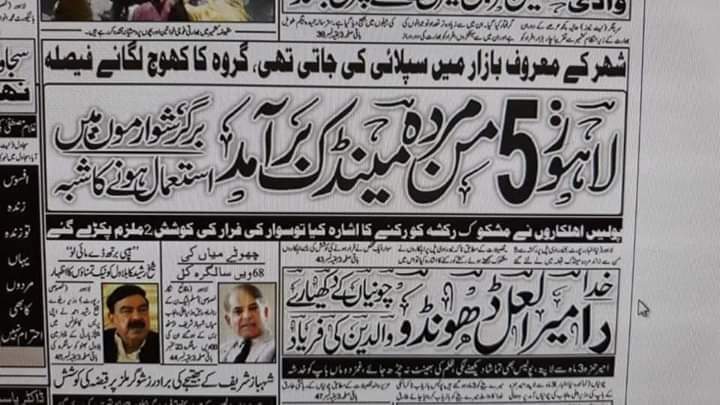 This newspaper published it with a spicy headline and it started to get viral on Social Media. They made it look like the frogs were actually being used in the restaurants of Lahore.

Here is the Truth of why the frogs were being supplied:

The video went viral on social media claiming that 185kg of dead frogs were used in burgers, Shawarma and other fast food made at restaurants.

A few days ago the police stopped a rickshaw in which 2 people were riding; there were 8 sacks in the rickshaw.

On the search of the sacks from the police, a large number of frogs came out, some of them alive and some dead. Police said the frogs were probably of the rare breed so the rickshaw was stopped.

After this, news on the TV channels and social media began circulating that after the donkeys in Lahore, the citizens of Lahore were now being fed frog meat.

It was reported that the two men were, in fact, taking the frogs for sale in a laboratory on Akbari Road, which was then provided to various medical universities where students use them for practical work.

Police arrested the two men and called the Wildlife Department, which held that there was no law regarding frogs, so this case does not come under our jurisdiction.  Police then released the two men while the frogs were evacuated.

Well, it’s cleared that the frogs were not for restaurants but Lahories are being trolled and it’s likely to continue. The meme-storm has already begun on the Daddu-Foods and Lahories will have to bear that, no matter if the fake news has been busted.